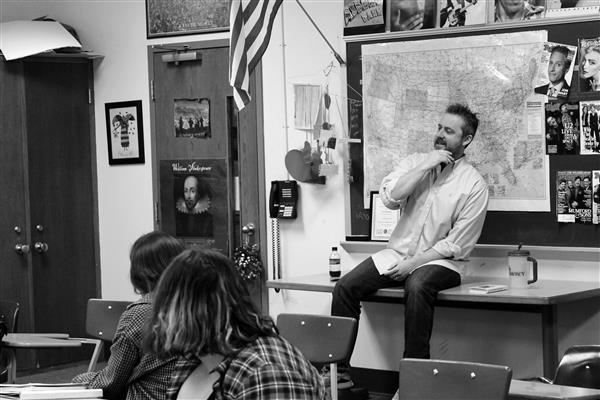 Master of Arts in English--University of Missouri

Mr. Leftridge has been teaching at WGHS since 1998. That's 20 years, brothers and sisters, and all 20 of those years have been in the same room, good old 214. At this point, he is half-man/half-lectern. Steve has taught all levels at Webster High, including Freshman Literature, World Literature, American Literature, Creative Writing, and Modern Literature. He has taught and tutored ACT prep courses for several years and, in 2004, started the Film Appreciation course, which he has been teaching ever since. Steve is also the director of the annual WGHS All Write Festival and sponsors the Creative Writing Club, which publishes The Branch, Webster High's literary magazine. Steve has also been the PA announcer for WGHS varsity football since 2003.